SPOILERS FOR THE X-FILES: SEASON 11

The ten episodes of season 11 improved on season 10 with some terrific stand alone episodes. The same can’t be said for the handful of mythology episodes. These were cheerless affairs and everyone on screen looked miserable. The season kicked off poorly by pulling an “It was all a dream/vision/prophecy!” reversal for the season 10 finale. After Twilight went this route to wrap up its series you would think the trope could be effectively put to rest yet Chris Carter has dug it up, dusted it off, and presented it as new. See, its not a dream, it’s a vision of the end of the world that Dana Scully sees because her psychic-telekinetic-shapeshifting-alien-hybrid son, William, is having visions of it. These visions have landed her in the hospital with seizures sending a frantic Fox Mulder off on a wild goose chase to track down the newest group of nefarious conspirators. The episode ends by introducing more conspiracy nonsense and a new “back to basics” mission statement from Scully that “The answers are in the X-files.” After that it’s back to Mulder and Scully investigating stand-alone X-files with William in the background as a person shaped MacGuffin.

The monster-of-the-week episodes of season 11 improved considerably on season 10 and the woeful premiere. They included one all time classic, “The Lost Art of Forehead Sweat”, one damn good entry, “Rm9sbG93ZXJz” and more than a handful of solid episodes. I found myself looking forward to the series week after week for the first time since the show’s prime. Even the episodes that were routine affairs treading old ground were still livened up by David Duchovny and Gillian Anderson obviously having a ball filming them. Mulder’s sardonic one liners flew fast and furious and while not all of them landed the playfulness between the two actors made every episode an enjoyable watch.

Crucially this season dug deeper in to Mulder and Scully’s relationship on both a professional and personal level. The writers finally stopped playing coy and put the two in bed together, implying it had happened multiple times in the past. This new intimacy, shown explicitly for the first time, allowed the season to have quiet, intimate scenes focusing on Mulder and Scully ruminating on their futures and whether it would include each other. Mortality and the meta commentary on the fallacy of searching for truth in a time when facts are irrelevant were major themes that ran through the season. The writers got a lot of mileage out of showing Mulder and Scully as a world weary bastion of hope for a world gone mad.

The penultimate episode, “Nothing Lasts Forever”, was quite possibly the goriest episode of the series. The story was fun but the episode is memorable for the conversation at the end between Mulder and Scully that took place in a church. Overwhelmed by her connection with William, Scully confesses the roots of her Catholic faith to Mulder. When she asks why Mulder is praying with her when he doesn’t believe in God, he responds that he doesn’t have to believe in God, he believes in her. It’s a beautiful scene that has all the hallmarks of a “last night before the battle” exchange. I don’t recall The X-Files ever doing a scene like that before a finale and with Gillian Anderson’s announcement that this was her last season I felt quite a bit of trepidation mixed with excitement going in to the finale.

Unfortunately, Chris Carter did what Chris Carter always does and insisted on writing and directing the finale, trashing all the good character ground work laid down previously in the process. It was heavy on the mythology and obfuscating dialogue and seemed to resolve everything but likely resolved nothing. The episode jumps back and forth in time for no reason other than to start in media res after a hilariously long “Previously on The X-Files” recap that showcased just how nonsensical the mythology has become. Mulder went on a rampage tying up loose ends with bullets as he murdered several dozen people trying to save William. FBI Director Kersch demanded that Skinner bring in Mulder and Scully so he could fire them and close the X-files, this time for good. Again. And he really, really means it!

Then it got silly(er) when Barbara Hershey and a room full of gunman exploded courtesy of William’s previously unseen ability to Scanner people, Skinner was run over by Cigarette Smoking Man (CSM) after shooting Monica Reyes in the head, a worldwide apocalypse was seemingly averted, it was all very exciting. And all of it was so weightless. We’ve been down this road before so many times that as the series regulars fell my only remark was “No way he’s dead.”

The finale failed on multiple levels, but the most egregious was taking Scully’s agency entirely away from her. From the start of this season we were told CSM was weaving a web that would force Scully to choose between the life of Mulder or William. Yet she was entirely absent from the final confrontation, running up at the end after the smoke was clearing. On an emotional level that confrontation nearly redeemed the episode even though the sleight of hand was evident from the start. We are lead to believe that CSM shoots Mulder in the head yet it’s obvious the shape-shifting William is impersonating Mulder and CSM falls for the ruse and shoots William in disguise. It appears that William does this to protect Mulder and avert the fate he has seen in his visions.

When the real Mulder sees what happened he doesn’t hesitate before unloading his weapon on CSM, Mulder’s father you will remember, before shoving the man’s staggering body off a pier in to the harbor. It’s a striking finale and heavy with symbolism but weakened by not giving Scully the chance to “avenge” William along with Mulder. The ending would have been so much more powerful if BOTH agents had gunned down the man who had orchestrated so much misery in their lives. It leads me to think sidelining Scully at the end of what was her story was the final straw that lead Anderson to deciding she was done with the series. It doesn’t help that mere moments after she reveals to Mulder that she is pregnant, impossibly, and that there isn’t a doubt this time that it is Mulder’s child. While it’s a hopeful ending that follows through on the season’s theme it weakens the character.  The idea being that for her to be truly whole, Dana Scully – an FBI special agent and medical doctor – must have a child or her own. It’s a testament to Anderson’s talent and professionalism as an actress that she tries to sell this garbage even if she doesn’t buy it.

In the coda Carter fails to get out of his own way again by showing William emerge from the water, bullet hole very prominent in his forehead, and very much alive as it cuts to credits. True to form in post mortem interviews Carter has eluded that everyone we saw die could still be alive and there may have even been more bullshit prophecy/vision garbage happening yet again leading to another reboot of the conspiracy. This man is the anti-George RR Martin. He is absolutely unwilling to let anything or anyone go whether it makes sense for the story or not. Let’s remember, CSM was hit in the face with a missile in the original series finale and yet he still bounced back like a black lunged Energizer bunny with a pocketful of lethal alien virus. In trying to cut the Gordian knot of plot threads left from the original series run Carter has introduced just as many new ones with the crucial difference being these are far worse than what came before. Now he has walked back statements that without Gillian Anderson there is no X-Files saying that he sees how the show can continue without her by having Scully at the “absent center” of the narrative. Ugh.

If the show returns for a 12th season without Gillian Anderson I’m not interested enough to continue. I have a hard time thinking David Duchovny would want to return either. The core of this show is Mulder and Scully. If you don’t have both of them there is no reason to keep the X-Files open. The truth may continue to be out there but without Mulder and Scully the show has no heart and no one to care about. Without them all you have is a supernatural procedural.

They would be better off selling the show to CBS calling it CSI: Paranormal Shenanigans. 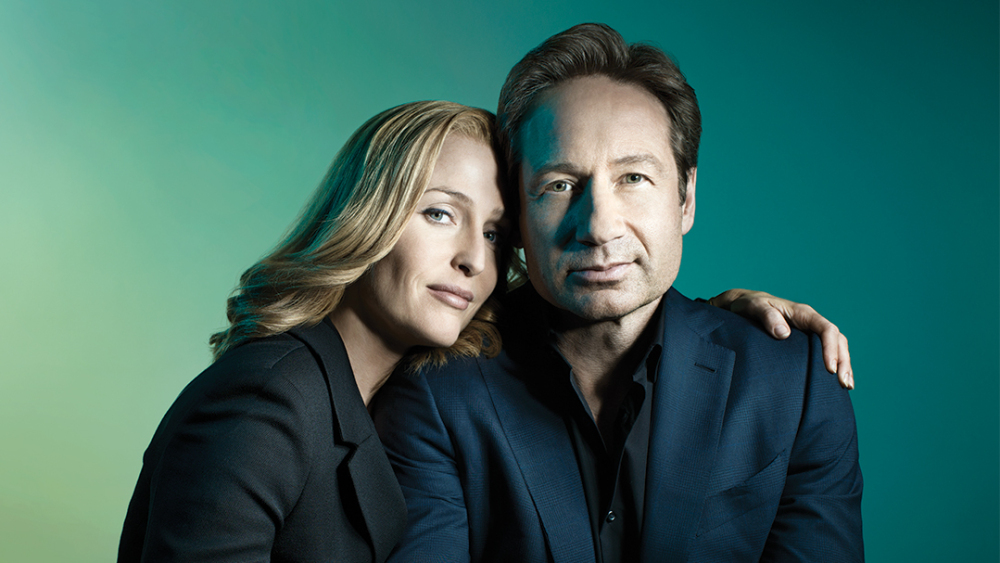