Not since Baz Luhrman’s Moulin Rouge! has a movie musical announced itself with such audacity from the first frame. Over black and white title cards the opening music of the anthem “The Greatest Show” announces that whatever you were expecting from The Greatest Showman, conventionality is not on the docket. Within seconds the brief title cards inter cut with the silhouette of P.T. Barnum (Hugh Jackman) standing backstage behind an audience as they stamp their feet to a foot stomping chant reminiscent of “We Will Rock You”. It is a spectacular opening number that sets the pace as the movie rockets from set piece to set piece over it’s all too brief 105 minute run time.

Good luck getting “The Greatest Show”, and all the rest of the songs, out of your head after just one viewing. The Greatest Showman is from the same songwriting team as La-La Land, Benj Pasek and Justin Paul, and every song reaches for the rafters. This is old school MGM Gene-Kelly-in-the-rain movie musical bombast and you are either going to hate it from the opening chords or embrace it wholeheartedly.

I love musicals and I was enraptured from the opening number. Much of that enjoyment comes from knowing what The Greatest Showman is, and what it isn’t. It isn’t a gritty expose into P.T. Barnum and the well documented shadier side of the man. What it IS, is a feel good musical that jettisons all but the barest criticism of P.T. Barnum in favor of a sugar-coated, bright, and joyful celebration of invention, fantasy, and everything that makes us unique.

Hugh Jackman is riveting as Barnum, portraying the man’s bright eyed optimism and flair for the sensational with the effortless talent Jackman is known for. At 48, he’s a touch too old for the role, especially paired with the 37 year old Michelle Williams as wife Charity Barnum, but Jackman throws himself in to the character with gusto nailing the many dance sequences and rollicking songs. By the finale number, “From Now On”, you won’t be able to think of anyone else that could have filled the role with such aplomb and life as Jackman. It’s a truly wonderful performance.

The whole cast makes the most of their screen time but the fast moving pace unfortunately gives short shrift to most of the “oddities”; Barnum’s cast of misfits that form his circus. Of those the only ones we really get a feel for are bearded lady Lettie Lutz (Keala Settle) and acrobat Anne Wheeler (Zendaya), the latter getting a romance subplot with investor Phillip Carlyle (Zac Efron). Settle brings the house down with the Academy Award nominated celebration of diversity, “This is Me”, and Zendaya and Zac Efron share the sweet and spectacularly choreographed “Rewrite the Stars”.

You may have noticed I keep using the word “spectacular” to describe The Greatest Showman and that’s because it perfectly sums up the movie. It has its faults, namely that it’s just too short to really sell some of it’s more complex character moments, but the spectacle of it outweighs the critical evaluation in my mind. It’s not going to be taught in film school, it’s not going to be taken seriously by the critics, but if you give yourself over to it for those brief minutes you will be transported to another time that, while it never really existed, will leave you wishing it had. 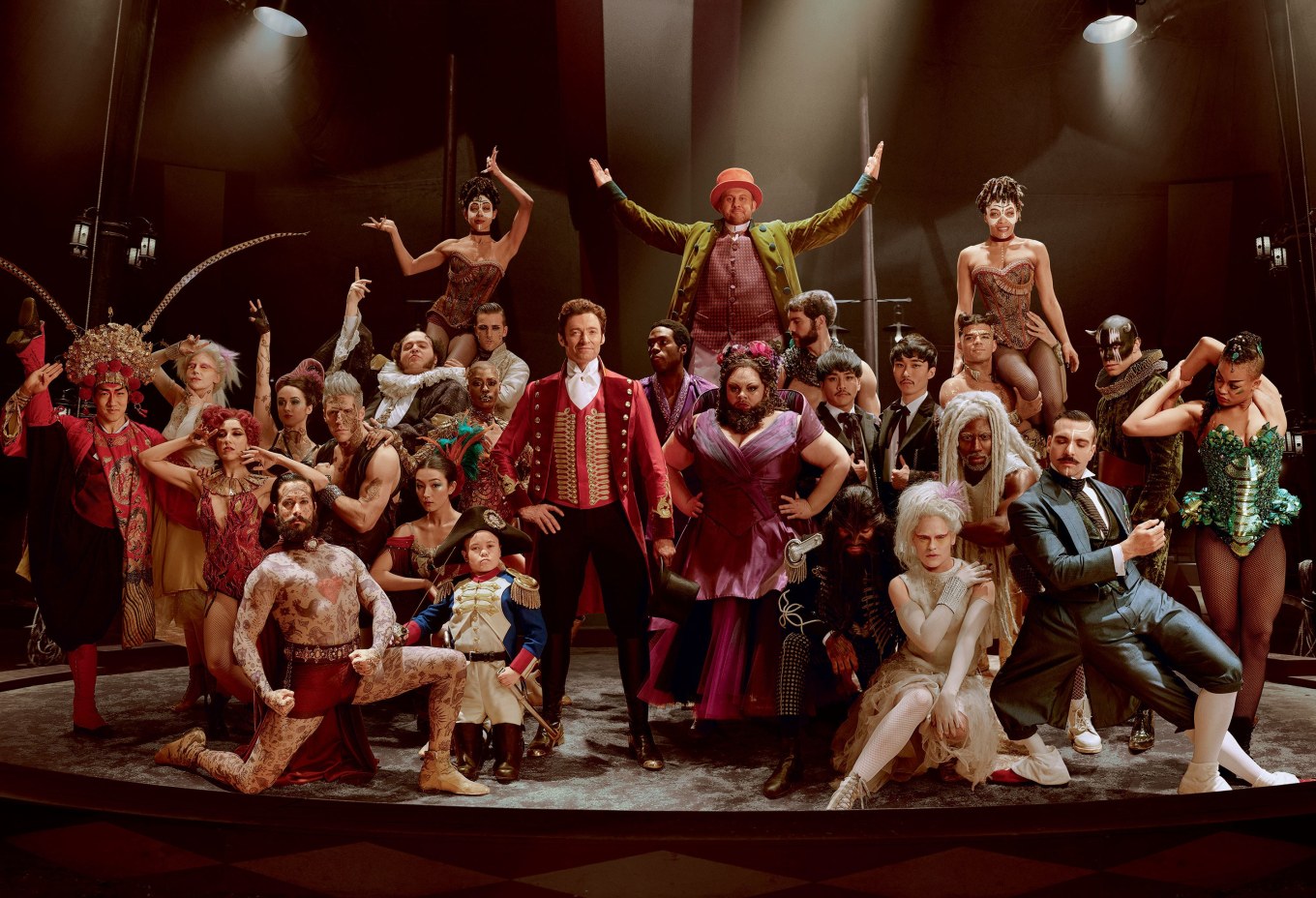 SPECIAL FEATURES
The home release comes loaded with two hours of special features that are absolutely required viewing if you are a fan of the movie. All aspects of the production are examined in detail. Of particular note, every song in the movie is examined by the songwriters, actors, and filmmakers, shown from their initial conception to finished version in the movie. All include rehearsal footage and workshopping. The raw version of “This is Me” with Keala Settle singing it live for the first time is must see. If you have the set up to support it, the 4K release is the way to watch the movie. The Blu ray is a solid presentation but the 4K visuals really pop off the screen in vibrant color on the 4K disc.