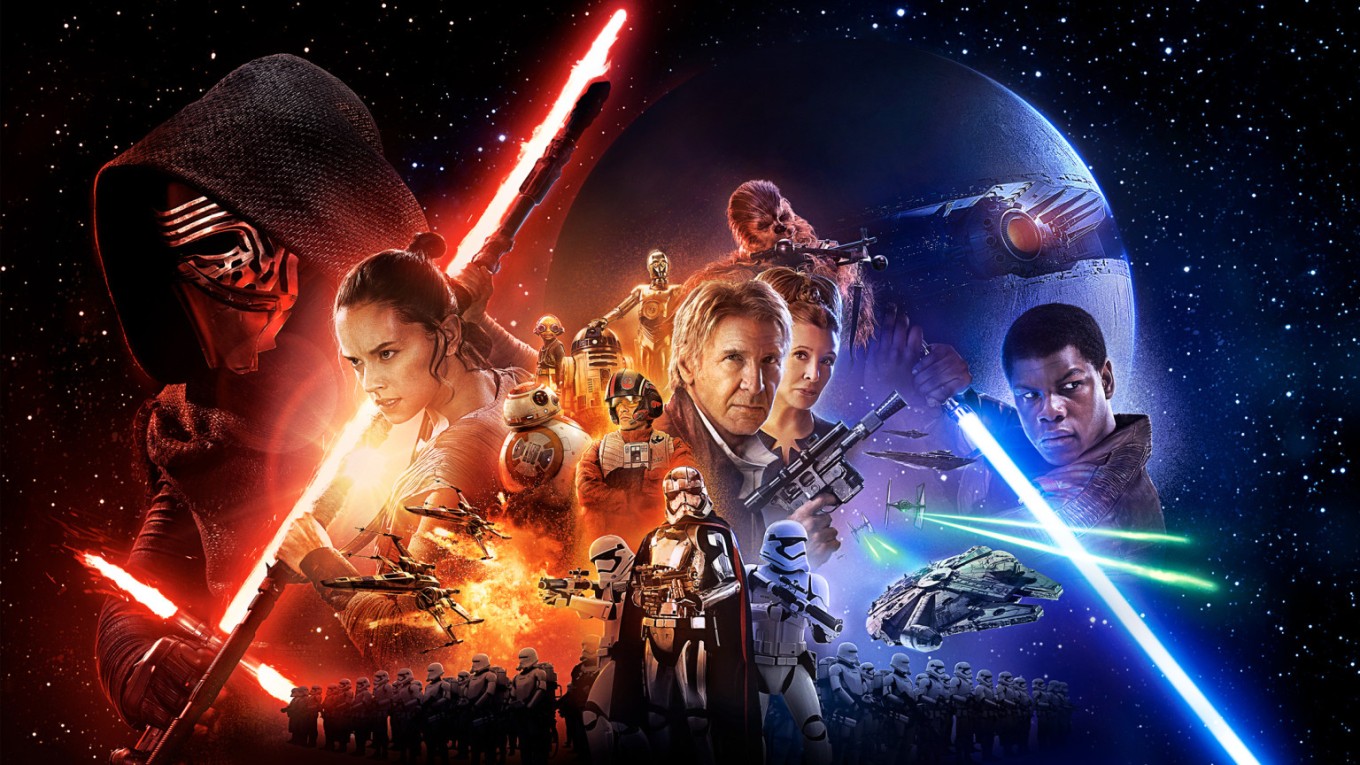 This is not a review. This is a rambling attempt to process the movie and the road leading to it. The TL;DR version: it’s amazing. Probably 2nd or 3rd best for me but I’m tempted to say it’s my favorite of the entire series. I loved it and can’t wait to see it again.

Last night I had the privilege of watching The Force Awakens in IMAX 70mm. We were told the theater was one of only 15 in the world showing it in 70mm. And MY GOD was it glorious. Expansive, crystal clear, I’m still reeling from the experience and trying to process the movie. It’s not an easy thing to do. There is so much that JJ Abrams did right and so many amazing moments and thrilling sequences. What stands out to me more than anything is that for the first time in a long time I care about what comes next.

As I state in the title above this is going to have spoilers. In fact this isn’t a review at all but just my thoughts on the movie. There is no reason to review Star Wars. You are either the type of person that is going to see it, has already seen it, or doesn’t care.

With that out of the way, some background. I’m a big Star Wars fan. I saw all of the movies in the theater on their first run, I was 4 when Star Wars Episode IV: A New Hope (then just called Star Wars) came out and I have very fleeting memories of it in a movie theater. More solid are my memories of The Empire Strikes Back, of particular note I remember riding home afterwards (for the first time at least, I saw it 3 times in the theater) and wondering “Is Darth Vader really Luke’s father?”. My little mind was blown by the idea and I remember returning to that question, and others, by myself and with friends until Return of the Jedi came out in 1983.  I also loved it, and still do, and was sad because to me it meant the story was over. The Alliance had won, the Emperor was dead. Vader was redeemed but also dead. It was over.

Flash forward a few years as the Expanded Universe (EU) books and comic books release and start to fill in the continuing story. Many were horrible, some were really good. I read a handful but was a casual fan. I disliked the prequels other than a few scenes and pretty much gave up on Star Wars ever returning in a way I wanted. George Lucas is notoriously finicky about releasing his stories until he thinks they are ready. We should have had at least a handful of more Indiana Jones stories with Harrison Ford but Lucas is an inverse perfectionist in than when he thinks something is perfect it is at its highest level of shittiness. Aliens? Really?!

So unlike many people, I was ecstatic when I heard Disney purchased Lucasfilm and Lucasarts for a few billion dollars. I knew this meant we would finally get new Star Wars because otherwise why they hell would you buy it? For Day of the Tentacle? I was over the moon when I found out Lucas was no longer going to be involved. The best thing to happen to Star Wars in years was for Lucas to get out of the way of his own creation. When the first brief teaser for The Force Awakens released I was a bit underwhelmed and worried. By the second, the “Chewie, we’re home.” teaser, I was ecstatic. After the final one came out in September I pre-ordered the IMAX tickets for my family as soon as they went on sale.

Which brings me to The Force Awakens. When the fanfare and logo exploded on screen our audience started cheering. As the first words of the opening crawl spooled across the screen and I read the words “Luke Skywalker has vanished.” I got chills. This was it! Star Wars. Continuing the story with the characters I cared so much about. As the movie gets going it takes some adjustment. There is a bit of fan service going on, there is no denying it. However it’s a fan service I can get behind.

What is more striking than anything is that as the movie unfolds I had to readjust what I expected from the characters. I have known Han, and Leia, and Chewie, and Luke for so long, and re-watched the movies so many times, that seeing them again and not knowing where the story was going was jarring at first. Seeing an old Han Solo is a mind blowing experience. Much more than seeing Indiana Jones in Crystal Skull was. (Speaking of, Harrison Ford looks younger (and happier) here than he did in Crystal Skull also.)

Every frame of the movie is lovingly crafted and oscillates between tweaks on what came before (the Death Star vs. Starkiller Base) and completely new moments, like Finn and Poe’s escape in a Tie Fighter. Cynics will say The Force Awakens is a remake of A New Hope. While it does have a similar structure its important to remember so did The Phantom Menace. All of the stories are about a lone dreamer on a desert planet that learns they have a hidden power and are called to action against an evil army. Where The Force Awakens stands out against all 6 of the other movies is in the complexity of the characters.

All of the actors were terrific. Harrison Ford really brought Han Solo back in a way that I wasn’t sure he cared enough to do. It’s obvious that despite comments in the past he came back to give the character a farewell he thought he always should have had. Han dies but he goes out a hero and that’s what I think makes it a worthy death. When I saw Han get stabbed with that lightsaber it was shocking in a way I didn’t expect. Han Solo, a character that has lived forever it seems to me, is dead. I’m still coming to terms with that.

I liked that Finn and Rey are not being set up as love interests. While that may come, it seems like it will be born of friendship first and I like that direction. Daisy Ridley, John Boyega, and Oscar Isaac (one of my favorite actors after the amazing Ex Machina, A Most Violent Year, and the HBO miniseries Show Me A Hero) were all fantastic playing nuanced characters with flaws but still heroic and fit along side the returning characters brilliantly.

I had my misgivings with the casting of Adam Driver as Kylo Ren since everything I have seen him in is similar to his role in HBO’s Girls. I like him, but wasn’t sure what he was going to bring here. And he impressed the hell out of me. Kylo Ren is a Darth Vader wannabe. A fan boy who so desperately wants to be like his idol. He is a talented force user, but also petulant. When things don’t go his way he ignites his lightsaber, a burning frighteningly unstable thing like he wasn’t quite sure how to build it, and smashes computer consoles. He is always at war with the good in himself. A good that comes to him from his parents.

It’s a sign to how good Adam Driver is as Kylo Ren that in the finale, when Rey is kicking the absolute shit out of him, I didn’t want him to die. I liked the guy even as I also hated him. That’s a testament to the script and actors.

And let’s talk about that fight. Not since Jedi has a lightsaber battle been fought on such an emotional level. The terrific twist that Rey was the one strong in the force, not Finn. A twist so well hidden even the poster hides it unless you are paying attention to the alignment of Rey and Kylo in the image. I am so happy, so impressed with what they did with Rey’s character. She is strong, smart, doesn’t need rescued, and now we know she is a Jedi in the making. The Force has awakened in her. We don’t know how, we don’t know why she was on Jakku or who put her there, we don’t know what her vision means, but now her journey has begun.

There is so much more to say but this has already gone on too long. The new BB-8 was adorable, the reveal and then use of the Millennium Falcon, the surprising humor, the rage of Chewbacca, “That’s not how the Force works!”, “I need a pilot.”, the list goes on and on and on. For the first time, since I was 7 years old on that car ride home after Empire, I can’t wait to find out what happens next and I care, really care, about Star Wars again. 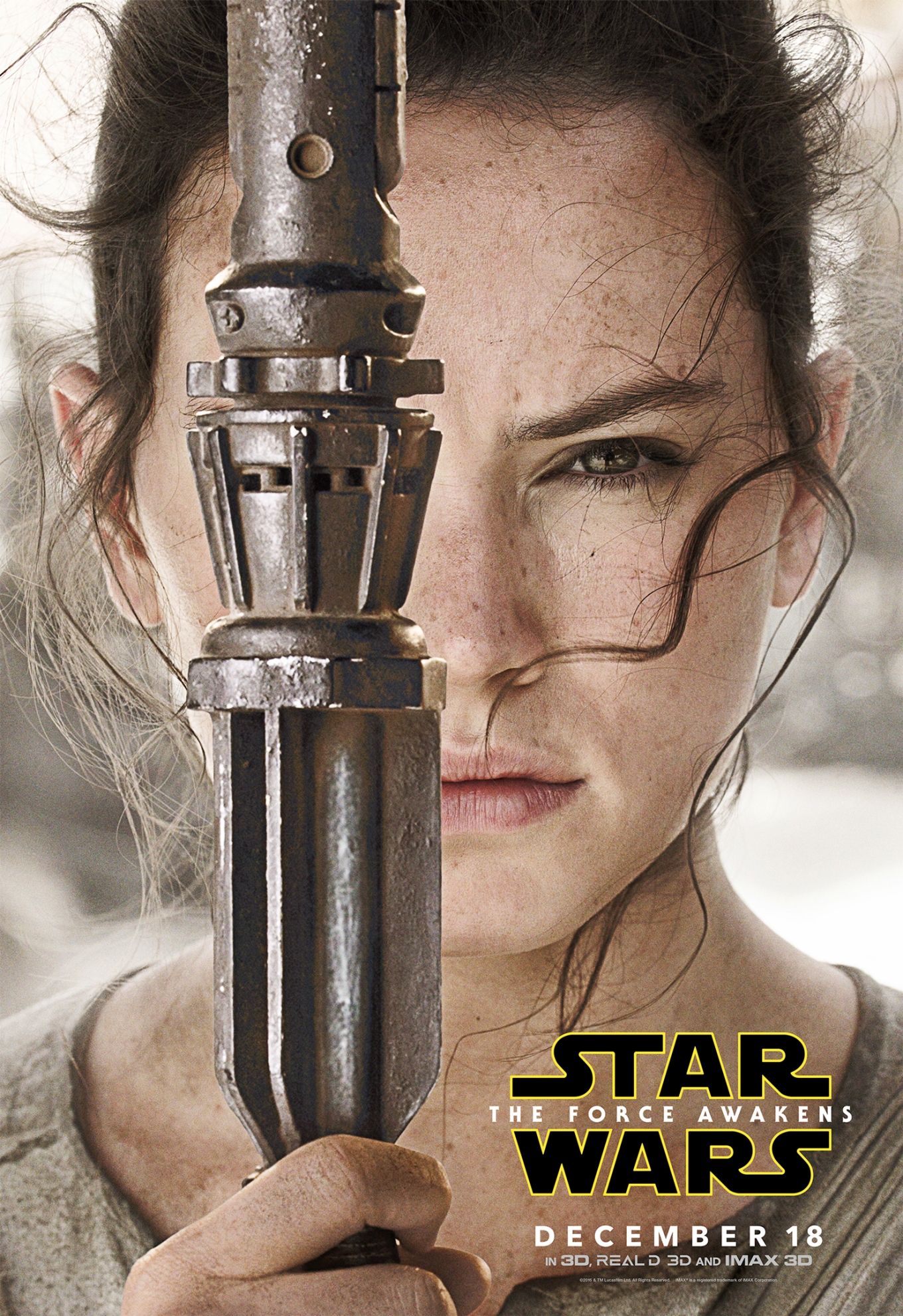 CRITICULT – Telling you what to think since 2003. Star Wars: The Force Awakens (SPOILERS)