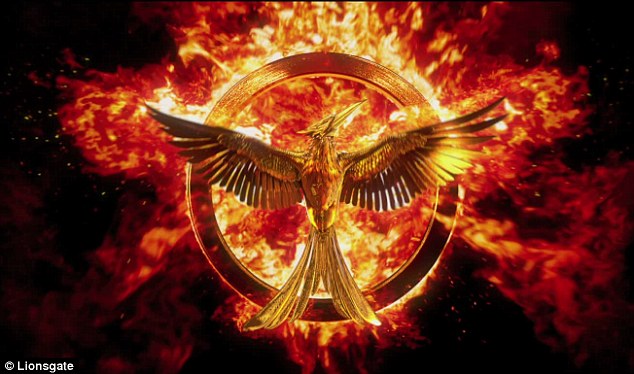 Mockingjay Part 2 closes out the best movie series of this decade, possibly the best this century so far. Series like The Hunger Games don’t come along very often. At a time when television is dominating the pop culture landscape with smart storytelling, The Hunger Games is a reminder that the same care and thought can be put in to movie blockbusters too. It is an extraordinary achievement and Mockingjay Part 2 is a fitting conclusion.

I’m a bit baffled by some of the critical and viewer response to Mockingjay Part 2. I guess I’m not sure what viewers were expecting from it. I’m reading a lot of “I wish it was more fun!” comments that are, to be blunt, stupid. The Hunger Games is not a fun series. It’s not a happy story. It was never going to have a happy ending. I read the series before the first movie came out. My concern has always been if they will follow through on that ending that Suzanne Collins lay out years ago. I’m pleased to see that that they did. Mockingjay Part 2 ends the series on an emotional beat few series would dare to approach. That it does so with grace and the right amount of gravitas is a testament to the respect the filmmakers have for the material.

Mockingjay Part 2 starts right where part 1 ended. Peeta Mellark (Josh Hutcherson) is under restraints and and the first time we see Katniss Everdeen (Jennifer Lawrence), in fact it’s the first image in the movie, her neck is bruised top to bottom. We watch as she is trying to regain her voice after nearly having her windpipe crushed in Peeta’s brutal brainwashing induced attack that closed out the last movie.

The rebellion is gaining significant ground and Katniss wants to go to the front lines to continue inspiring the troops. President Coin (Julianne Moore) has other ideas and prefers to keep Katniss in District 13 and away from the fighting keeping her under foot until she can be brought out for the ceremonial victory lap. However, Katniss takes President Snow’s (Donald Sutherland) attempt to murder her with Peeta personally, and she vows to kill him herself. So she stows away on a medical transport to nearby District 2 to infiltrate the Capitol herself. She is very quickly discovered and her propaganda camera crew joins her, including Natalie Dormer as Cressida, Gale (Liam Hemsworth) and Captain Boggs (Mahershala Ali), in a plan to enter the Capitol behind the forward attack and shoot more footage of Katniss in action.

When I reviewed Catching Fire I said it was one of the best movies of 2013. I stand by that statement. I’ve watched the first three movies in the series multiple times and Catching Fire is absolutely the best of them and the best of the series. Mockingjay Part 2 is difficult to classify because it cannot – or at least shouldn’t – be watched in a vacuum. All of the themes of the series, all of the trauma Katniss, Peeta, and the rest have endured comes to its end here. Characters we like die, characters we don’t like die, and Katniss barely keeps it together, seemingly powered by her sheer hate for Snow to see her through. Once again, Jennifer Lawrence gives a natural and nuanced performance that is up there with her best moments playing Katniss in the series. Lawrence knows that Katniss is shell shocked and sleepwalking through much of her life and the only time she really comes alive is when she is in mortal danger. Not because she craves the action, but because it’s the only thing she can do and do better than most people.

Despite comparisons at the time to Twilight, The Hunger Games has never really been about the love triangle between Katniss, Peeta, and Gale. Always presented with a question, the romance has strengthened as it went along and you understood that Katniss cared for both of them but in completely different ways. Without going in to spoilers, like the rest of the plot threads that triangle is resolved at the end. Like the book, it is a bit facile in its denouement. The resolving scene itself is good, understated, and cold. But I can’t help but think a better actor would be able to sell the transformation that lead to that ending better.

In the end it’s a minor quibble. The Hunger Games story has always been about Katniss Everdeen, and Mockingjay Part 2 ends her journey. I don’t think breaking the Mockingjay book in to two pieces was a strictly artistic decision, but it does give the story a lot of room to breathe. One of the tensest scenes in the series takes place in the sewers underneath the Capitol. Our heroes are picking their way along in the dark slowly, only flashlights lighting the way. They know something is in there with them and director Francis Lawrence stretches out the encounter significantly before anything happens. Half a dozen times you know the flashlight is going to show something but it doesn’t. It’s a masterful sequence and when the attack happens its reminiscent of the first battle in Aliens. Thrilling stuff and if the book had been compacted into one movie it could not have happened. There are several moments like that in both movies that director Francis Lawrence (series helmer since Catching Fire) is able to draw out and find tension and nuance that may not have been on the script page.

If you walk out of the theater disappointed that Mockingjay Part 2 wasn’t more fun, or lighthearted, or funnier you should probably ask yourself which part of war is supposed to be funny. What movie series that begins with children murdering children for sport is supposed to be a laugh riot? It is a dark story told very well. It’s not a feel good movie, nor should it be. But it is important. War is never a good thing, for the losers or the winners. There is only more death, more killing, and in the end the road that lead you there doesn’t matter. It doesn’t matter who fired the first shot when all you see is devastation after the dust settles. Ultimately The Hunger Games forces the audience to ask the question, “Was all of the bloodshed and trauma worth it?” In the end, Panem may be free, but at what cost? It’s a relevant and timely question and that aspect of the movies and books, that quality that forces us to look deeper at the cost of war at a micro level, is what sets the series apart and will keep audiences coming back to it for years to come.

CRITICULT – Telling you what to think since 2003. The Hunger Games: Mockingjay Part 2
Loading Comments...