The last few times someone tried to resurrect Superman, they face planted somewhere between Richard Pryor and Parker Posey. So imagine what the Internet said when Christopher Nolan accepted production duties for the latest re-reboot, and promptly hired Zack Snyder as director? Comic book stores across the country are still vacuuming up skull fragments from all the exploded heads. Nolan of course, earned the undying gratitude of all Geekdom for (the first two thirds of) his Dark Knight saga. The same people cursed Snyder for his adaptation of Watchmen (which I liked just fine), and the unholy mess that was Sucker Punch, one of the most misguided vanity projects so far this century. So the question was, could the brains behind Batman join forces with the guy who brought us Spartans in leather underwear to breathe life into the Man of Steel?

The answer is…sort of. For all its flaws – and there are many – I believe that with Man of Steel Nolan, Snyder, and writer David S. Goyer have accomplished something extraordinary. They’ve reinvented an iconic character in some very elemental ways, while still leaving his core intact. This Superman is hard to recognize at first, perhaps because there’s more depth to him than before. Some would argue that this movie betrays the fundamental essence of the character, while I would lean toward it taking him back to his roots and making him relevant again. In that regard, Man of Steel succeeds where many, many others have failed. But in other ways it comes up short in some truly baffling ways. But let’s talk about the good parts first.

As before, Superman (Henry Cavill) is born on Krypton to a kindly scientist named Jor-El (Russell Crowe) and his super hot wife. Krypton is still about to explode, and Jor-El is still the guy who tried to warn everyone. General Zod (Michael Shannon) is still the military commander who attempts a coup, is captured and sentenced to exile. But this time there’s more to the story. On Krypton, people are genetically bred to their jobs and grown in fleshy tubes, a-la The Matrix. But Jor-El and his wife buck the rules and have a child outside the system. To spare him the coming apocalypse, they put him in a rocket and send him to earth, where the environment will grant him special abilities. He lands in Kansas where he is raised by an honest, hard working, salt of the earth couple named John (Kevin Costner) and Martha (Diane Lane) Kent, who teach him to hide his abilities from the world. But while Krypton may be dead, Zod lives – and he has sworn to track down the boy he knows as Kal-El.

At this point, I was totally on board. The Kryptonian sequence that starts the film goes on a bit too long (quite frankly it all does, but more on that later), and Kevin Costner’s misanthropic version of Pa Kent takes some getting used to, but I was down with it. So let us continue. 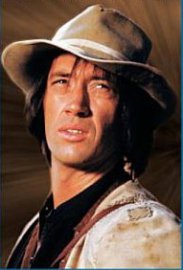 Clark Kent’s early years are intercut with his present day life as a wander, and the point is to illustrate what a hard time he’s having coming to terms with himself. Clark is terrified when as a child, he discovers powerful abilities like X-Ray vision and super strength. The way his mother teaches him to cope is endearing and although his father warns him against it, the boy can’t help using his power to help others from time to time. But by then, of course he learns what a burden they are. And when Pa Kent suddenly dies (this time with a twist), Clark takes to the road in search of himself, doing good deeds on the down low like David Carradine.

I’m usually not a fan of flashbacks, but Man of Steel takes itself so damn seriously that they blend in pretty seamlessly, and add a lot of weight to the story. Of course the downside of flashbacks is that they tend to kill your pacing – but at this point the movie so absorbing, you almost don’t notice it dragging.

Through his surreptitious acts of goodness, Clark draws the attention of investigative reporter Lois Lane (Amy Adams), who tracks him down around the same time Zod shows up in his intergalactic murder-machine. It’s here when the pace of the movie begins to pick up, but it’s also here that the seeds of my discontent were first sown. I enjoyed the idea of a boy learning that he’s basically a god. He discovers that he is a child of two worlds, destined to ultimately bear the burden alone. So he takes to the wilderness for many years, only to realize that he never had a choice in the first place. It is his destiny to sacrifice himself for all mankind, and our obligation is to worship him in thanks.

Can I get an amen, people?!

The Jesus iconography in this movie is intentional, and that doesn’t bother me nearly as much as how heavy handed it is, with Cavill even going so far as to strike the pose…twice. But the real problem is the slow pace, a somewhat choppy narrative, and the fifty five gallon drum of physical devastation that eventually overwhelms it. Clark is trapped between Jor-El’s edict that he become the savior of humanity, and Pa Kent’s assertion that the world would tear itself apart coming to terms with his significance. The irony is twofold – Kal-El was sent to Earth so that he could choose his own destiny, but that destiny seems to be out of his hands anyway. And humanity does get torn apart – at least Metropolis does – but it’s at the hands of Superman and Zod, whose interplanetary smackdown crushes so much real estate it’s almost hilarious.

Our brawling band of Kryptonians spend about half an hour near the end of the film flattening five or six square miles of Metropolis. And for a while, it was one of the the coolest things I have ever seen as long as I have been alive. And then it became a frustrating drag, like having to watch someone else play the best video game ever, but never getting a turn. There’s only so many times you can watch people throw each other through skyscrapers before you realize how pointless it is for indestructible people to even bother fighting. All they can do is kill everyone around them as they stagger about, hurling construction equipment at each other. For my money, face melting action works best in smaller doses. This is the first time since Bad Boys 2 I can remember an action sequence actually sucking the energy out of a film.

Generally speaking, the cast fares better. The angst and turmoil that comes with protecting an entire civilization is no doubt considerable, and I enjoyed watching the movie touching on this side of both Superman and Zod. Cavill in particular is dutiful and introspective as a young man whose personal allegiances are as torn as his sense of identity. I can only imagine how hard it is to please two fathers, especially when their aspirations are so contradictory and self serving. Shannon is a more layered and effective Zod than you’d expect, full of gumption and pathos. And Amy Adams is the perfect combination of competence and compassion, firmly establishing Lois Lane as a 21st century woman. And let’s not forget Antje Traue – one of my favorite things ever as Zod’s remorseless right hand battle-babe Faora-Ul.

She can snap me like a Slim Jim anytime.

So it’s a shame that the narrative path of his solemn, sprawling film seems dictated more by pretense than purpose. Man of Steel wants to tell a very serious story about freedom choice, destiny, humanity…responsibility…Jesus…and super powered aliens hitting each other with cars. The only thing missing is the chipper, winking, self aware Superman of the Christopher Reeve era – but that’s as passe as the red granny panties. I would point to the super-powered aliens hitting each other with cars as a good thing – and it is – except there’s too much of it. That’s right, I wish to reiterate that there’s too much action in this movie. Like most people, one of my primary complaints about Superman Returns was the almost total lack of Superman punching things. Well, in this movie Superman punches everything.

Which brings me to my final point. Collateral damage. I don’t have a problem with the way Superman finally wins (spoiler alert: Superman wins), but the fact that many, many thousands of people must have died in the process was always in the back of my mind. I kept waiting for them to take the fight out of the city, as happened in Superman II, but it just kept going, and going, and going. And not one word of dialogue is ever devoted to mentioning how even though Superman saved the day, the cost in human life was 9/11 times twenty. Man of Steel raises some interesting (if contradictory) questions that it never really answers, it ticks off all the action movie beats, it has a fine cast, a slightly above average screenplay, and Hans Zimmer’s rousing score makes me want to put on a cape and fight crime myself – but it all never completely adds up.

And yet I like it anyway. The backstory they’ve created for Superman intrigues me, I like the cast, I like the look of the film and I like where it takes the character. I can even overlook some rather obvious plot holes (such as the way Superman’s “secret identity” seems to be rendered irrelevant by the end). Also, the humanity that informs the first act of the movie is largely absent from the last, and the result is somewhat more chilling than uplifting. But at least it’s there, and for me the emphasis on the sacrifice necessary to be Superman is a side of the character we’ve never seen on film before.

Despite Snyder’s over reliance on smashing things, and Goyer’s flat footed dialogue, Man of Steel almost – almost gets it right. But in my opinion, it comes closer than anyone has in decades. So if you’re one of those people who’s tired of superhero movies, you’d better buckle up – we’ve only just begun.

CRITICULT – Telling you what to think since 2003. Jack Burton Saw Man of Steel
%d bloggers like this: